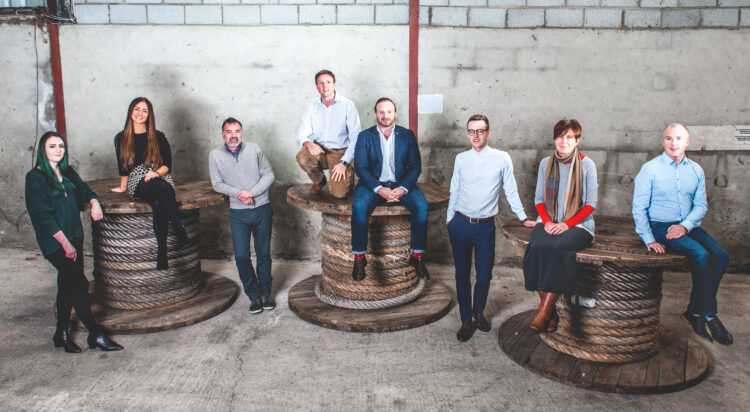 Digital DNA has announced the appointment of Simon Bailie as its new chief executive. Formerly commercial director at the organisation, Mr Bailie will lead the organisation as it embarks on a new phase of growth and expansion into new markets.

Founded in 2013 by Gareth Quinn, Digital DNA is renowned for its flagship digital and tech conference, attracting thousands of international delegates to Belfast in June each year.  This year’s conference at St George’s Market is estimated to have contributed over £3m to the local economy.

According to Gareth Quinn, the organisation’s growth has exceeded all expectations. “When I founded Digital DNA five years ago, I had no real concept of just how big it would grow and the significant impact it would have on tens of thousands of organisations and individuals every year, locally and internationally,” he said.

“What was originally a standalone conference event has since expanded to include Digital DNA Tourism, the Digital DNA Awards and a range of exciting programmes such as Digital Futures, which helps 16-18-year-olds realise their potential and opportunities available to them in digital and tech sector.

“Simon Bailie has been instrumental to Digital DNA’s success since joining us two years ago, and I have every confidence that he will do an outstanding job as CEO in leading the organisation through our next phase of growth.”

Simon Bailie commented: “Belfast’s global reputation as an emerging hub for digital and tech continues to flourish and attract international big hitters in the sector to establish a base in Northern Ireland.

“As the global spotlight continues to shine on the sector here, Digital DNA will continue to have an important role to play in providing an international stage on which to showcase the incredible talent and innovation that are driving the sector here.

“In recent years we have invested in developing an outstanding team of ambitious and driven individuals who, collectively, possess the strength and passion needed to drive Digital DNA forward. Supported by our fantastic private and public-sector partners, I look forward to leading this team as we continue to bring new and exciting opportunities to the burgeoning digital and tech sector in Northern Ireland.”

The next Digital DNA Awards will take place on 28th March 2019.  Tickets for the Digital DNA 2019 conference on 18th and 19th June in St George’s Market can now be purchased at a ‘Super Earlybird Rate’ by visiting www.digitaldna.org.uk