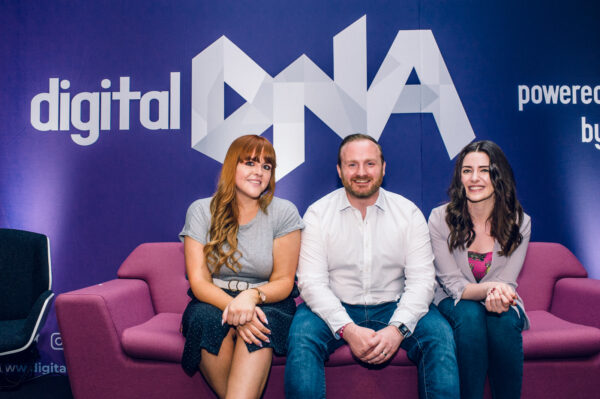 Digital DNA 2019: Influencers can drive sales but make sure to collaborate on your message

Influencers have the potential to supercharge your business’s brand but make sure you allow them to mould your message to their audience, Melanie Murphy said in her keynote speech at this year’s Digital DNA.

The YouTube star, who has nearly one million followers, told the packed audience that for many businesses, influencers are an untapped marketing source and can help drive sales.

But companies need to do their research and find the right person to work with, she told host and social media expert Lucy McMullan.

Melanie Murphy said: “Don’t just look for the influencer with the most followers; make sure they fit with your target audience. The right influencer with a relatively small following is better than the wrong one with a huge following.

“Collaborate on ideas rather than try and plant a script. Listen to us and trust us because we know we know what will work and what won’t.”

Melanie was just one of a plethora of speakers who took to the stage at this year’s Digital DNA 2019, with others representing Diaceutics, Axial 3D, Signfyd, Facebook, Skylabs and The Discovery Channel.

Chief Executive of Digital DNA Simon Bailie said the event had broken new ground: “Each year Digital DNA surpasses our expectations and this year it has done it again. The speakers and panel sessions have been exceptional, covering all aspects of the evolving digital world and sparking new ideas amongst the audience.

“And out on the exhibition floor there has been a huge buzz of energy as the key players in the industry make new connections and add fuel to the brightly burning light which is the tech community in Northern Ireland. We are putting this region on the digital global map once again.

It is once again powered by headline sponsor PwC and also sponsored by Allstate, Danske Bank, Options IT and Invest NI.

Melanie Murphy’s YouTube videos have amassed more than sixty million views online, reaching people with her warm personality and her life lessons as well as her views on divisive topics such as sexuality, women’s rights, health and relationships.

In 2017, Melanie published her first non-fiction book, “Fully Functioning Human (Almost)” which sold thousands of copies, received many positive reviews and topped the Irish book charts. Her first fiction novel, “If Only”, hits shelves in 2019!