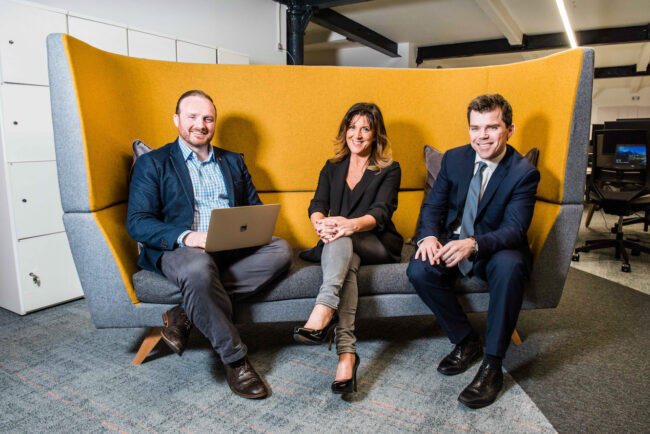 Northern Ireland’s biggest awards dedicated to the technology sector have officially been launched.

Returning to Belfast’s iconic St. Anne’s Cathedral, the Digital DNA Awards 2019 will once again recognise the companies and individuals excelling in the world of digital and tech across Northern Ireland and further afield.

Held in partnership with MCS Group, the Digital DNA Awards 2019 will showcase the best innovations, talent and projects from companies of all sizes. From developers to digital marketing campaigns to start-ups, over a dozen highly sought-after awards will be presented at the popular awards ceremony on 28 March 2019.

Now in its fourth year, the awards ceremony has grown to become one of the focal points of the year for the sector.

Simon Bailie, CEO of Digital DNA, said he was excited to be bringing a “highlight” of the Northern Ireland tech scene back to the landmark cathedral.

“We all know that Northern Ireland is home to some of the world’s most prolific digital and tech talents. The Digital DNA Awards has become a platform for showcasing that widening pool of talent and we can’t wait to find out the next wave of winners. We have found that winners get unprecedented exposure to the tech and business community both here and further afield.

“Looking at the quality of the entries, winners and runners-up across the last number of years, the Digital DNA Awards have undoubtedly transformed into the most prolific awards ceremony for the tech sector in Northern Ireland.”

“Being named Company of the Year at the 2018 Digital DNA Awards was special recognition from our peers and a particularly proud achievement for Neueda. The award acted as a great boost of morale for our talented staff, whose hard work continues to help Neueda grow at home and internationally. This accolade is also reassurance to our customers, existing and potential, that we are committed to the highest standards.”

Sean Devlin, Associate Director at MCS Group, said: “The Digital DNA Awards 2019 will showcase the best digital exports to come out of Northern Ireland as well as shine a spotlight on our most creative and talented individuals and businesses at the heart of the technology sector, which is ultimately helping to advance our local economy.”

In what is expected to be another competitive competition, nominations opened yesterday evening (22 November 2018) and will close 31 January 2019, before the winners are announced at the awards evening on 28 March 2019.