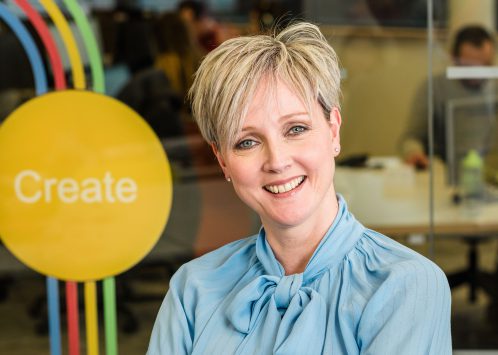 Northern Ireland stands to gain the most of any UK region by levelling-up female labour force participation, according to the latest report from PwC.

The Women in Work 2021 Index suggests that if we increased the number of women in work, to the same level as that of the UK’s top performing region, we could add £2.3bn to Northern Ireland’s economy.

However it also warns that, without significant intervention, the impact of Covid-19 means progress for women in work could be set back to 2017 levels. Five areas of female economic empowerment are assessed by the Index: gender pay gap, female full-time employment, female unemployment, female labour force participation and the gap between this and male labour force participation.

The importance of increasing the number of women in work is highlighted by the report which looked at the potential gains for each region. It’s estimated that by bringing the UK number to that of the South West, it could grow the labour force by 840,000 jobs, adding as much as £48 billion to the UK economy. This amounts to boosting annual output on average by 2.5% across UK regions.

However, these gains are greatest in regions with currently low rates of female participation. Northern Ireland stands to gain the most, with regional output growing as much as 5.5%. The total number of new jobs it could create is estimated at 50,600 – 31,400 full-time roles and 19, 200 part-time jobs.

“When we make policies that enable more women to join the workforce, everyone benefits – as this year’s Index shows. The pandemic has brought into sharp focus the vulnerability of women’s place in paid employment – in the UK, women are a third more likely to work in a sector that was completely shutdown compared to men.”

The Index builds on research carried out by PwC into the barriers women face in the workforce. In its Women Returners report (2016) the professional services firm found 60% of professional women are likely to return to lower-skilled and lower-paid jobs after career breaks.

After a year in which women have taken on an even greater share of unpaid childcare – spending 7.7 more hours per week than men – the barriers that women face are even greater. This ‘second shift’ is nearly as much as an extra full-time job* and the report warns that the longer this higher burden on women lasts, the more likely women are to leave or reduce time spent in the labour market permanently.

Lynne Rainey warned there is no time to lose and called on businesses to commit to publishing gender pay gaps:

“Although jobs will return when economies bounce back, they will not necessarily be the same jobs. We should look to the opportunities, such as those in our incredible tech sector, and tailor recovery plans to meet the needs of women, with focused skills development and training initiatives.

“If we don’t have policies in place to directly address the unequal burden of care and to enable more women to enter jobs in growing sectors of the economy, there’s a risk women will return to fewer hours, lower-skilled and lower-paid jobs.

“Gender pay gap reporting is one issue that should be a fundamental piece of accountability but we should work together with the Government and policymakers to look at the whole picture. There are a wide variety of factors creating barriers for women in work and overall economic growth, from the macroeconomic factors such as number and quality of jobs in the region to individual factors such as access to childcare, household income and employability – we don’t have time to lose to get this right.”

The UK is ranked 16th on the Index against the OECD group of countries, with Iceland, Sweden and New Zealand topping the table in 2019. If female employment rates across the OECD increased to match those of Sweden, this would boost OECD GDP by more than US$6 trillion (£4.63 trillion).

The UK held its second place ranking across the G7, narrowing its gap with Canada in first place and growing at twice the rate of the OECD average between 2018 and 2019, although the COVID-19 pandemic will have reversed these gains.

Despite improvements, the UK lags behind other countries in the share of female employees in full-time employment. In 2019, only 64% of women in work were in full time employment, compared to 89% of men, meaning that, at historical growth rates, it could still take the UK 32 years to reach the current OECD average.