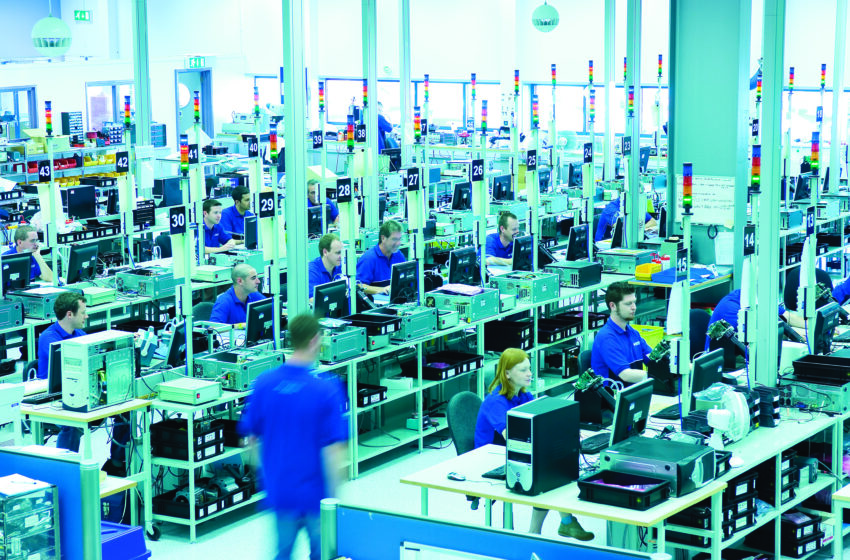 The Belfast moonshot that hit the Sun

In recent years Northern Ireland has established itself as a world leader for technology and has become a thriving tech hub over the last decade or so.  Which has lead technology firms across the globe to set up base here, due to it’s friendly business environment and array of talent and expertise within the tech ecosystem here.

But back in 1989 it was very different story . Digital DNA’s CEO, Simon Bailie spoke to three researchers from Queens University who went on to to create one of Northern Ireland’s most successful and important companies from the past 30 years, Andor Technology. Which is now one of the world’s most innovative companies in the photonics industry.

Northern Ireland in 1989 was a very different place to what it is today. The Good Friday Agreement was almost a decade away and the environment for entrepreneurs was at best difficult. It’s in stark contrast to the business friendly environment Northern Ireland enjoys today, regularly promoted as one of the top locations to start or grow a business.

But for a few researchers in Queens University, 1989 would be the year that would set them on course to create one of Northern Ireland’s most successful and important companies from the past 30 years.

In 1989, Hugh Cormican, Donal Denvir and Mike Pringle could never have imagined that by using their physics know-how in the labs of Queen’s University, (building highly sensitive digital cameras) would result in one of Northern Ireland’s biggest success stories and subsequent industry leaders. Nor could they have imagined that the company they would set up would be responsible for taking the highest resolution images ever captured of the Sun.

The three researchers would go on to spin out of Queens and set up Andor Technologies. The company, which is now one of the world’s most innovative in the Photonics industry, now employs over 400 staff in 16 offices worldwide including the UK, China, Japan and the USA.

The origin story of Andor is fascinating and proves that the technology sector in Northern Ireland has come a long way in the past 30 years. But like all successful companies, it was a clear product-market fit that proved to be the catalyst.

How it all began

“It was actually equipment that I had been building to do my PhD.” is how Donal Denvir, original founder and Technical Director describes it. “I was just making it for myself. I built three or four of them and they were used just by our group. So that’s what the company grew out from there. It was Hugh Cormican, Mike Pringle and myself, and our supervisor, Tom Morrow.”

“We lived in one room, in the basement of the physics department, and then we got three rooms, and then we had to be shuffled out because we were taking up too much room, out to another old building.”

30 years ago many of the programs, accelerators and financial support weren’t even thought about let alone available. But what hasn’t changed is that it takes customers to grow a business. When ex-alumni Eugene Arthurs from Oriel Instruments (now part of Thermo Fisher Scientific) visited his old university, he told the team that the equipment was better than anything on the market. But the team had never started a business nor had they anything to emulate, so they had to turn to the university to help.

“The university didn’t have a lot of the formal structures to help, that it does today. But nonetheless, individuals within the university, and one in particular, Ed Cartin in Qubis, were very helpful on a very practical level.”

With the help of Ed the company was able to spin out of Queens and grew on the back of a development contract with Oriel Instruments but Donal admits that the whole thing was “serendipitous.”

“I mean, luck plays a much bigger part in companies starting and in their successes than people like to acknowledge. But the thing is, you get good luck and you get bad luck, and you have to take the good luck when it comes along. A lot of people fluff it – you have to be paying attention to opportunities.”

Getting access to the market through Oriel, meant that the team were able to get off to a good start and they were able to get product out. For the fledgling company it was then about following the market, paying attention to the customers needs and moving fast to capitalise. Plus, the upside Donal suggests, for making something for your own benefit is that “the market research was free.”

“If it pleases you, it’s probably going to please your customer base. So it meant that you made good decisions, and you made them very, very fast, and you could weed out good and bad very quickly, and you didn’t even know you were doing it.”

The company continued to grow and within two years they began to bring money back into the business, which by today’s standards would be a major success. Donal freely admits that money was never a great motivator for them, they simply enjoyed doing something they thought other people would appreciate. But as other people started to do the same thing, in order to stay competitive, the team had to raise venture capital.

“It’s no good having a good product if you can’t get it out there, it’s no good having access to people when you don’t have the right thing that they want, it all has to join up. It’s important to have good people, with the necessary knowledge and skills, around you to do all the various bits and pieces.

The company continued to grow throughout the 1990’s and in 2001, Andor introduced its first EMCCD camera in 2001. The company was awarded The Photonics Circle of Excellence Awards from Laurin Publishing, which recognizes the 25 Most Technically Innovative New Products of the Year.

In order to meet increased customer demand, Andor moved to a new, purpose-built 50,000sq. ft site in Belfast in 2004. This is the company’s largest facility and it includes state of the art optical, electronic and mechanical workshops, a 3000sq. ft clean room, as well as vacuum and electronic processing facilities. It also maintains sales and support facilities throughout the world to ensure they can be close to customers.

That same year the company became a PLC on the London Stock Exchanges sub-market Alternative Investment Market. It would later be acquired by Oxford Instruments in 2013 and now sits as 1 of 7 businesses within the Group, strengthening its position to innovate in its chosen markets.

Although the acquisition seemed like a big change at the time, Claire Greenwood, Director of Engineering confirms that the strategy hasn’t really shifted and with a number of other acquisitions over the years, the portfolio of technology and customers continues to grow making it really exciting to be a part of.

“We’re still focused on the technology that allows us to enable our customers to research parts of science that are at the cutting edge and discover things about our universe that we didn’t know before, and that has always remained part of what we want to do. Being part of Oxford Instruments allows us to continue that strategy, and we have other business units to learn from and collaborate with to drive that ambition even further.”

Claire started at Andor ten years ago, when the company had just created the first scientific CMOS camera. It was a pretty exciting time for the company as it brought them to the forefront of developments and allowed customers to image low light experiments really fast.

“In the last few years, we’ve been doing very large area cameras, which has had a massive impact on the market. One of our cameras was used to take the highest resolution images ever captured of the Sun, which were flashed all over the news. It’s fantastic to know that our cameras took those images and our engineers and technicians and the whole business were involved with that development.”

Even in the middle and hopefully coming out of this global pandemic, Andor has continued to be at the forefront of the scientific effort and has played its part in fighting the pandemic. Products developed in Belfast have been used for research into vaccine development and understanding of how viruses work and how we can defeat them.

After 10 years at Andor, Claire is still as excited as ever to see the impact the company can have. “Knowing that we have customers in all of the leading academic institutions globally and that our products are being used by Nobel Prize winners to develop these brand-new techniques, which will help humanity, keeps staff engaged and wanting to be part of the business.”

Northern Ireland is a small place but Andor is arguably one of most significant indigenous technology companies that has been built here in the past 50 years. They continue to play a significant role in technology driving scientific research, much like scientific, academic and technology clusters in Boston and San Francisco.

“We are continually looking to develop great products for our customers to enable them to deliver science with impact from astronomy applications right through to the life sciences.

We have a desire to keep pushing boundaries. That’s what makes us come into work every day and what will be driving our business forward in the future.” 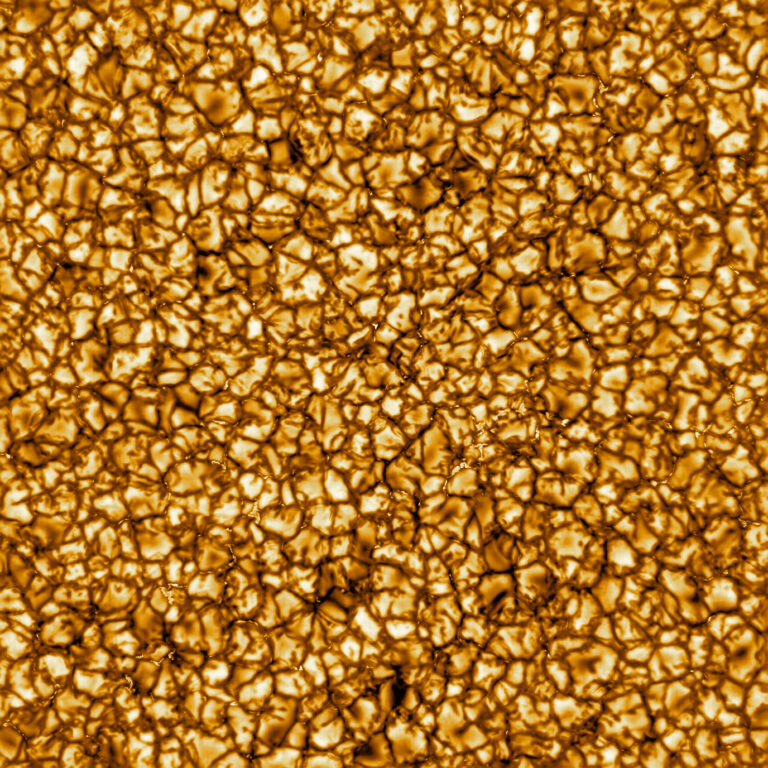 Andor’s 16-megapixel sCMOS camera was used in The Daniel K. Inouye Solar Telescope project to capture the highest resolution image of the Sun’s surface ever taken.

In this picture taken at 789nm, we can see features as small as 30km (18 miles) in size for the first time ever.

The image shows a pattern of turbulent, “boiling” gas that covers the entire sun. The cell-like structures – each about the size of Texas – are the signature of violent  motions that transport heat from the inside of the sun to its surface.

Andor was born out of Queen’s University Belfast in 1989 when The company has matured into one of the world’s most innovative companies in the Photonics industry, measuring light down to a single photon and capturing events occurring within 1 billionth of a second.

The company is devoted to accelerating the greatest scientific advancements of our age and the products it develops make a real difference to their customers and contribute significantly to their research breakthroughs.

Andor has over 70 unique product solutions, 10,000 customers in 55 countries and 400 staff in 16 offices worldwide including the UK, China, Japan and the USA.

Andor’s ground-breaking low light imaging cameras, spectroscopy solutions and microscopy systems are being used to develop cures for cancer, explore deeper into space and examine clean energy sources. Its solutions are widely used in papers published in high-impact journals like Nature, Neuron, Journal of Cell Biology and many more.