FinTrU announces opening of office in Maastricht, The Netherlands

After more or less 14 months of  working from home, communicating via video apps like Zoom, Teams or Google Meet is almost second nature now. Which is why the most recent valuation of Clubhouse, an Audio-Only social media network, has raised a few eyebrows amongst tech industry commentators.

The drop-in audio app has swept the world in recent months, gaining almost cult-like status amongst its most loyal users. Launched in March 2020 by Paul Davison and Rohan Seth, it was quickly adopted by Silicon Valley VC’s and celebrities, mainly due to the invite only aspect that has created exclusivity and FOMO! But even though the app has increased from 1 million users in January this year to just over 10 million active users at time of writing, the speculative valuation of $4bn is staggering, even by Silicon Valley standards!

Even more staggering is the user growth the app has experienced has been confined to Apple iPhone users. Although sources do say that an Android version is due sometime in May.

Investors are clearly bullish at the prospects of Clubhouse, despite no clear route to monetisation. Patreon, the membership platform for creators, was recently valued at $4bn following it’s Series E round of $155m and was also led by Tiger Global. But Patreon has been around for 8 years and has established users and monetisation models. Clubhouse though has only just launched it’s payments option in Beta for creators.

The lofty valuation could also be part of the founders hyping the business ahead of a potential acquisition by a more established player or they are following the Evan Spegal from Snapchat playbook and will back themselves to go public.

Twitter was rumoured to be in the market to buy the business at a $4bn valuation but those talks broke down. This isn’t surprising as Jack Dorsey lost out on the Instagram deal to Facebook in 2012 for a then eye watering price tag of ¢1bn. The chance to therefore grab a hyper growth consumer app before it has hit peak would have made sense. That deal is unlikely to happen now as Twitter Spaces begins to be rolled out to more users.

Facebook is unlikely to step in and buy as there is a lot of heat around the social media giant due to anti-competitiveness. Besides, Zucks has form in just copying the latest craze and rolling it out to the 2.7bn Facebook users so it’s not surprising a new Facebook product called “hotline” has been released into public Beta.

Reddit, Spotify, Slack and Telegram are also rumoured to be working on Clubhouse clones. Discord recently launched “Stage Channels” to the general public, moving beyond the gaming community it has been popular with.

The fact that Clubhouse can be cloned is not the only problem the app faces if it is to avoid being one of the costliest startup failures in recent times.

The platform does not retain audio recordings, a plus for privacy perhaps but a nightmare for content moderation. The rapid rise of the platform has led to claims that it is being expoited by terrorists & criminals, far right personalities spreading mis-information, racist abuse, sexism, death threats, anti-semitic discussions and the spread of harmful information that could hinder the vacinne rollout for covid-19. Other reports of deep fakes being used on the platform have also surfaced.

Policing live audio is much harder and more expensive than using bots to detect and remove dangerous text of image based content. It would take a literal army of moderators listening to every single room and policing content that is produced. And if reforms are made to Section 230 in the US and the proposed Online Safety Bill in the UK are implemented, it’s hard to see how Clubhouse could maintain it’s valuations. The rocket ship could flame out spectacularly.

Content Moderation is not the only problem facing the App. The actual quality of the content is also an issue. The growth of the app has been over-run by the self help culture that over emphasises hard work, positivity and the idea that you have to grind 80 hours a week to achieve your dreams. The toxic positivity culture is flourishing on Clubhouse with a plethora of self help guru’s touting their services to would be listeners and followers.

But even more of a challenge for the developers of the app is how they keep users coming back for more, especially in the attention economy. The app does not allow you to share, record or quote content created. And the only accountability for creators in the eyes of listeners is how big their following is as this is a general yardstick for social proof. There are much better forms of media out there to compete for people’s attention.

Despite the current challenges, don’t expect the momentum to slow anytime soon. The introduction of the Android user base, keen to see what they have been missing out on, will likely see the user base double again to 20million+ even with the churn of iOS users and the app being banned in several countries around the world including China.

There may still be choppy waters ahead for Clubhouse but if history tells us anything, when hyper growth consumer apps ride the early days of controversy and figure out their monetisation model, a bumper payday via an IPO of acquisition will be just over the horizon. 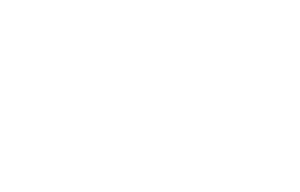 Get the latest Tech News

Don’t miss out on all the latest news, reviews and features from Digital DNA