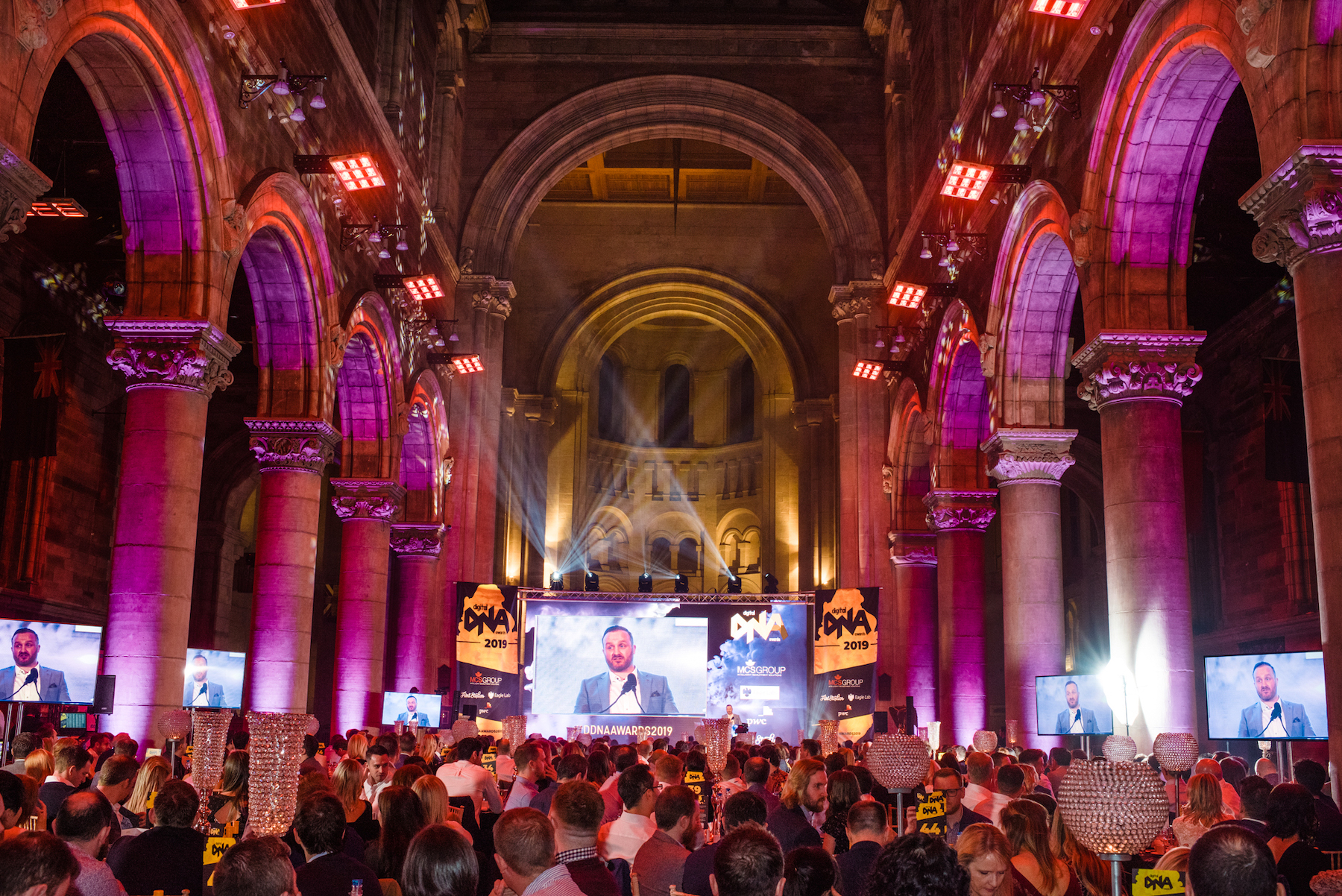 High Calibre shortlist demonstrates the breadth and depth of the tech ecosystem in NI.

The shortlist for this year’s Digital DNA Awards is now complete, with the organisers today announcing the 8 companies who will contest the coveted Company of the Year category. For the second year running, the winners will be decided by a public vote and the overall winner revealed at the lively Awards evening on 26th March at ICC Belfast.

The Company of the Year award is the only category which is decided by a public vote, which will close during the live awards ceremony. Previous winners include Neueda, Flint Studios and Whitespace. Glenn McClements from last year’s Company of the Year winners, Whitespace, said “to be recognised as Company of the Year in front of our peers was a fantastic achievement for the whole team, especially with the exceptional quality and stature of the other nominees.”

“With a record number of entries in 2020, the Digital DNA Awards continue to grow year on year demonstrating the strength of the industry here in Northern Ireland.

The competition for this year’s shortlist is a testament to the high calibre and diverse range of talent in the market, continuing to propel NI as a global contender.”

Organisers have also cited the breadth and depth of the companies shortlisted, with local startups, indigenous companies and major global organisations all making the shortlist and hoping to win at the highly anticipated awards.

Digital DNA CEO Simon Bailie says it’s no coincidence that we now see such a breadth of companies competing to be recognised as a Digital DNA Award winner.

“Over the past 5 years, the growth of the tech industry in Northern Ireland has grown significantly which has been a major positive for our local economy. Whilst many of the headlines are about the global companies putting roots down in Northern Ireland, our indiginous tech companies are continuing to grow and our local startup scene is thriving. All this points to a vibrant tech ecosystem that competes with the very best in the world.

The Digital DNA Awards are therefore more relevant than ever, providing an opportunity for the whole tech community to come together, to recognise the success and celebrate what is potentially the most exciting and vibrant sector in Northern Ireland.”

The companies who have been named on the shortlist for this year’s Company of the Year award are;

The 5th Annual Digital DNA Awards are powered by MCS Group and supported by PwC, Barclays Eagle Labs and Flint Studios. The winners of all 13 categories will be announced at the highly anticipated awards ceremony on 26th March at ICC Belfast. Tables are now on sale for the biggest night of the year for the Northern Ireland Tech Community and can be purchased by visiting digtaldna.tech/awards-2020

The biggest night of the year for the local tech industry is not to be missed. Make sure you book your place to avoid disappointment.