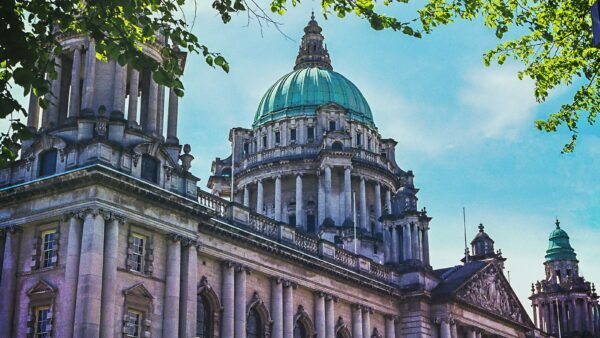 US technology company Unosquare is looking at ways to hire more staff at its Belfast base, the company’s Chief Executive Officer said ahead of his speaking slot at tomorrow’s Digital DNA event.

With an anticipated 3,000 people in attendance, Digital DNA is Northern Ireland’s biggest digital and technology event. It will feature speakers from the some of the largest and most recognisable companies from across the globe, including Google, Facebook and Twitter.

Unosquare’s Giancarlo Di Vece said the continued growth of the business combined with the impressive performance of its Belfast office means it is on course to hit its target of expanding its team in the city to 100 by the end of 2019, and then some.

He said: “Our original promise was to grow our team to 100 people, but due to our successes we’re examining ways to increase beyond that number.”

Mr Di Vece said the quality of staff Unosquare is able source was one of the main reasons for its continued expansion in Belfast and why the city was chosen as its European base in the first place.

“As a high-quality software development organisation, top-tier talent is paramount to our success. We looked at six different countries and Northern Ireland was a perfect fit for our vision of a global distributed Agile augmentation company that’s committed to generating well-being in every region its works in.”

“Belfast has many of the same issues as the rest of the world. Unemployment in software engineering is very low, and salaries are some of the highest in any job vertical in the country. However, Northern Ireland is full of people with big hearts, and companies that offer a purpose beyond simply offering the best salary will easily overcome these struggles.

“Because of this, there’s a lot more opportunity for companies to find success in Belfast than other big tech hubs. Additionally, the local universities based in Belfast are uniquely focused on developing top technology talent.”

“Events like Digital DNA are critical to developing the local technology community. It’s important for leaders to come together for knowledge sharing – by learning from each other, we can all rise together.”

Alongside Northern Ireland’s own indigenous tech companies, such as medical tech firm axial3D and smart cycle light company See.Sense, they will deliver keynotes speeches as well as take part in panel discussions and fireside chats to an audience that encapsulates the technology sector and beyond.

Tickets and further details of the event can be found now at digitaldna.org.uk.