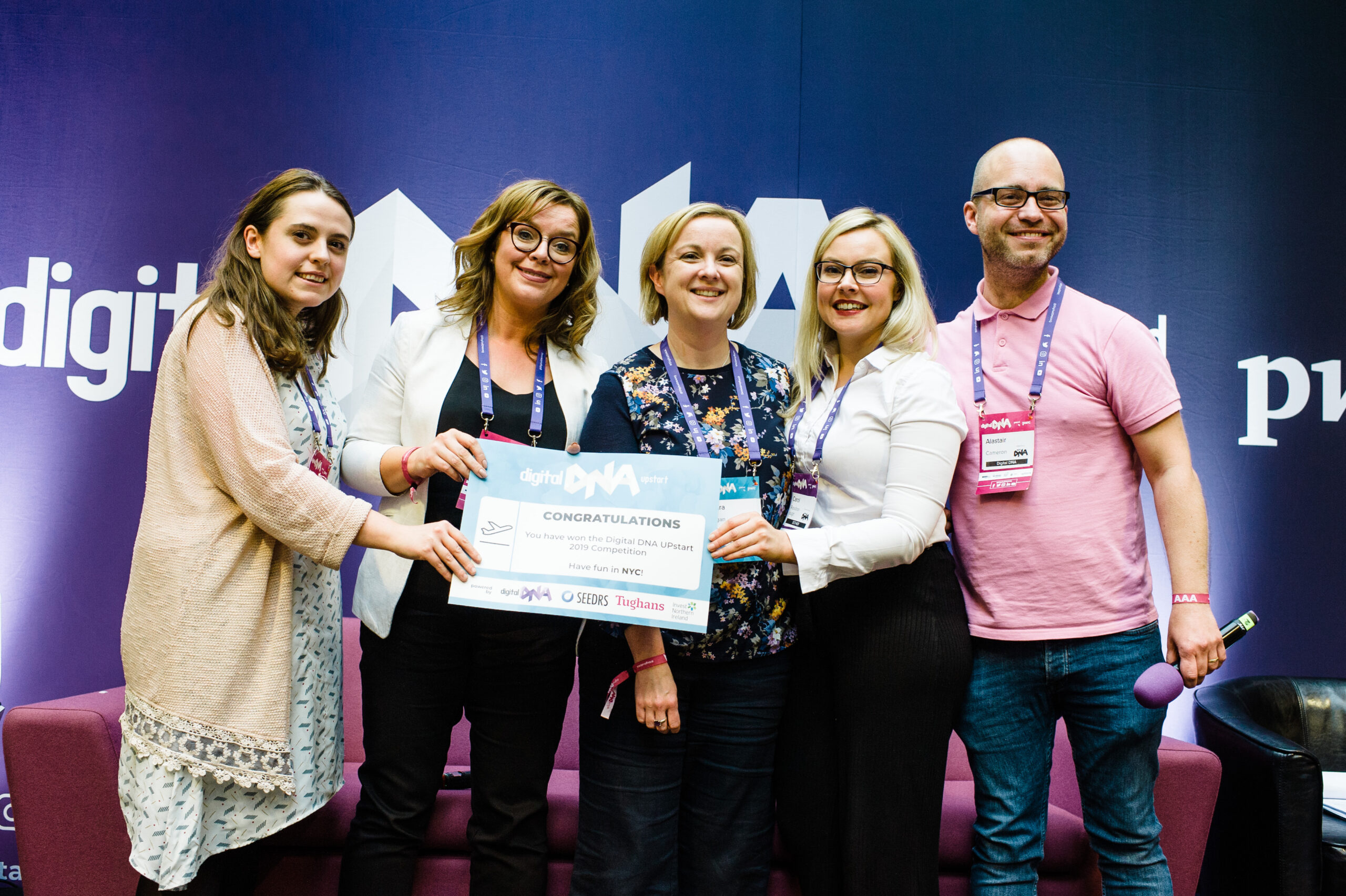 The Belfast-based startup were amongst 25 early stage companies from across Northern Ireland who take part in upStart 2019, the pitching competition that takes place at Digital DNA’s annual 2-day event in Belfast. ESTHER were ultimately crowned winners with their innovative and unique startup focused on Inner City Poverty alleviation and the UN Sustainable Development Goals. As part of the competition prize, the winners received a trip to New York to gain further market validation, enhance their understanding of the sector they are targeting and to experience the US start-up ecosystem.

Speaking ahead of their trip about their plans to visit the tech start-up scene in New York, Carol Rossborough, the company’s founder and CEO said they will be on a “fact-finding mission”. Carol added that “There is a real wealth divide in major cities such as New York and San Francisco, so it’s important for us to learn what is happening in the American third sector.”

ESTHER now have their MVP live in Belfast with almost 250 donors signed up, enabling recipients to receive donations on their ESTHER card, a normal prepaid card, with limited spend on high risk products such as alcohol, gambling, online purchases and cash withdrawals. This ensures that the donation goes directly into the hands of people in poverty, providing assurance to the donor that their donation is helping.

During the trip, the team will be meeting with leaders from not-for-profit organisations, philanthropic organisations, civic leaders and potential investors to give them an overview of their MVP and traction to date, as well as attending startup meetups whilst in the city.

With a focus on the UN Sustainable Development Goals, the founders, Carol Rossborough and Ailis Mone, will also meet both the Irish and British UN Ambassadors, providing an overview of their potentially game changing solution and the impact it can have on alleviating Inner City Poverty.

Commenting on the importance of the trip, Alastair Cameron, Head of Startup Programmes at Digital DNA said “taking a startup from Northern Ireland to New York is the biggest prize element we have delivered since the competitions inception back in 2016. We believe that by giving startups exposure to some of the biggest markets in the world will provide a catalyst for further growth and investment. I have no doubt that the team from ESTHER will use this opportunity as a major springboard to grow their company here in Northern Ireland.”

The team depart to New York on Tuesday 21st January and you can follow all their updates across social media, via DIgital DNA, and ESTHER.